One of my outstanding books of last year was Friedrich Durrenmatt’s The Pledge, a beautifully balanced Swiss watch of a novel. Reading it is akin to feeling a noose slowly tighten around your neck – you know the outcome will be unpleasant, but there’s absolutely nothing you can do about it. The book was originally subtitled ‘Requiem for the Detective Novel’, and whilst it respects many of the genre’s boundaries it also pushes boldly against them, delivering a read quite unlike one you’d get elsewhere. Having enjoyed The Pledge so much I was keen to dive into Durrenmatt’s other detective stories, and therefore delighted when a recent visit to London threw up a collection of two of his earlier novellas, The Judge and His Hangman and Suspicion.

Both stories centre around elderly and terminally ill police detective Inspector Hans Barlach, pre-empting The Pledge‘s Inspector Matthai (who on the verge of retirement also finds himself drawn into a compelling new investigation). In Suspicion Barlach finds himself on the trail of a former Nazi death camp doctor, one who is now running an exclusive private clinic in Switzerland. What’s unusual about this is the setting; Barlach conducts his enquiries from a hospital bed, recovering from an operation to treat a cancerous tumour. The claustrophobic nature of Suspicion’s medical setting makes it a tense read, once in which the outcome is never certain. Whilst the reader expects Barlach to get his man and escape with his life, this is never assured; and the climax, when it comes, is unexpected and bold.

I enjoyed Suspicion very much, but if you could only read one of these stories I would push The Judge and His Hangman into your hands. Aside from its extraordinary title (what makes it so effective? Surely that use of the word ‘his’, which suggests causality and shared responsibility; The Judge and the Hangman would not have been anywhere near as evocative or disturbing), in this story Barlach is altogether more active, despite still suffering from the same illness that sees him later hospitalised in Suspicion. 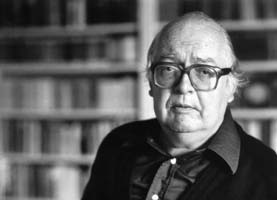 Initially Barlach is tasked with uncovering the murderer of a fellow police officer – but he uses this as an opportunity to avenge a crime which he witnessed many years before, setting one perpetrator against another. The climax is breathtaking, and whilst justice in its strictest sense is not delivered, nevertheless the murderer is still identified and punished. In this sense, Barlach once more mirrors Inspector Matthai from The Pledge. Both detectives are willing (indeed compelled) to step outside the usual boundaries of their profession in order to see that justice is done. But given that Durrenmatt shows us both men at the twilight of their careers, perhaps he is also saying that these approaches can never be sustained. Rather, they are more suited to the orderly pages of a detective story rather than the altogether messier text of real life.