‘If you are a cop, you know that death is seldom pretty, that it is in fact the ugliest and most frightening event that can overtake a human being.’ 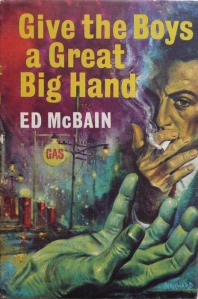 Book titles are a continuum. At one end are those descriptive, unobtrusive ones which just plainly describe what you can find inside the covers. Here you’ll find names of protagonists (David Copperfield, The Talented Mr. Ripley), settings of time or place (Brooklyn, Nineteen Seventy Four) or themes (War and Peace, Money). At the other end are those titles much more keen to make their presence felt – the ones that allude to other texts (Of Mice and Men, For Whom the Bell Tolls); those that pulse with ambiguity and double meaning (House of Leaves, The Big Nowhere); and even those which bear no direct relation to the story itself (The Postman Always Rings Twice).

In his latest slice of life from the Eighty-Seventh precinct, Ed McBain presents us with a title that sounds allusive – congratulations gents on another case successfully solved – but is actually an exact description of his detectives’ latest investigation. The book opens with rain pouring down on McBain’s unnamed city and once again it’s Patrolman Richard Genero stuck outside. In The Pusher Genero made a grim discovery in the freezing cold (‘Winter came in like an anarchist with a bomb’, in McBain’s memorable opening phrase). Today’s the day for another one, but rather than a whole body it’s a severed hand; and so begins the quest to reunite it with its rightful (and likely very deceased) owner.

From this contrived opening (and even more contrived title) I wasn’t expecting to enjoy Give the Boys… very much, but I was quite wrong. It’s one of my highlights of the series so far – a neat, sparky little mystery which delights in distracting the reader with a shoal of red herrings. Just who is lying to the police, and what are they really up to? McBain brings the story to a satisfyingly strange climax, one that’s all the more surprising given how grounded in grimy reality the investigation is. 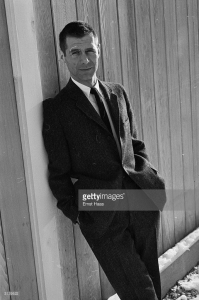 Two aspects of the book were particularly enjoyable. First, the police lab plays a key role in examining the hand (and the other… sections which come later on), and trying to discover where (and indeed who) it came from. I’ve always been a sucker for forensic science, and these descriptions were not only gripping but also an interesting history lesson. The other part of the book that stayed with me was how successfully McBain put his detectives into context, describing their lives away from the job. This is a lower-key but still compelling part of the Eighty-Seventh precinct series: not only do we watch the detectives solve case after case, but we also see them age, raise families, and fall into and out of love.

In Give the Boys… McBain describes the relationship between recently promoted detective Bert Kling and his girlfriend Claire Townsend. There’s a lovely scene between them, right before they fall into bed and spend the entire weekend there. But the happiness can’t last; one of my abiding memories of Kling from the later books is his unhappy personal life, and I don’t remember any mention of Claire – so I’m looking forward to seeing how this relationship develops. Something tells me the end won’t be worthy of a round of applause.

Next in the series is a book I’ve been looking forward to since I started the series, The Heckler – first appearance of McBain’s arch-villain the Deaf Man. Moriarty to Steve Carella’s Holmes, theirs is another relationship that casts a long and compelling shadow over the series.