What I Taught Today: Word Choices in ‘Dracula’ 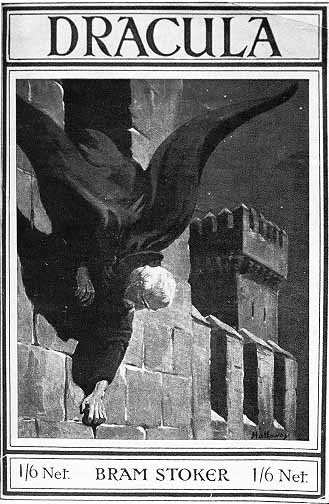 My school had an Ofsted inspection today. I’d been told that I might be observed (recently qualified teachers being one focus of their visit), so I planned today’s lesson with my top set Year 9 until the pips squeaked. Sadly, the inspector visit didn’t materialise (they actually turned up a lesson early – briefly – but it was all good). But the lesson went really well, I’m proud of how I put it together, and I’ll definitely be re-using these activities.

The objective of the lesson was to get pupils to think about a writer’s word choices. Why do they use particular words; what effect do they have; and how would that change if you were to use alternative words? I picked a favourite extract from ‘Dracula’ to use; this tied the lesson into the current SoW, which is focused on 19th century fiction texts.

As pupils came in, the slide below was on the board: 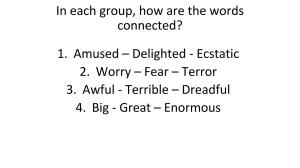 Pupils quickly identified the links in each group, and the fact the words were synonyms. They then raised ideas about the different strength/intensity of the words, and using questioning I encouraged them to tell me when they would use, for example, ‘amused’ rather than ‘ecstatic’. This lead into a reminder that word choices were about audience, and purpose – who is the text aimed at, and what it is trying to achieve?

I then read pupils the Dracula extract on the sheet below, checking their understanding and clarifying the meaning of any unfamiliar words. Their task was to fill in the gaps; the first four used one word from the four groups on the slide. After that, they had to think of their own examples.

Dracula extract for 9A1

We then went through the Dracula extract, revealing Stoker’s words (in red) one at a time. Where they differed, pupils wrote down Stoker’s word choice next to their own, as a comparison. I asked 3 pupils for their choices for each missing word; as we progressed, we discussed why they had chosen those words, why Stoker might have chosen his words, and which one was more effective. 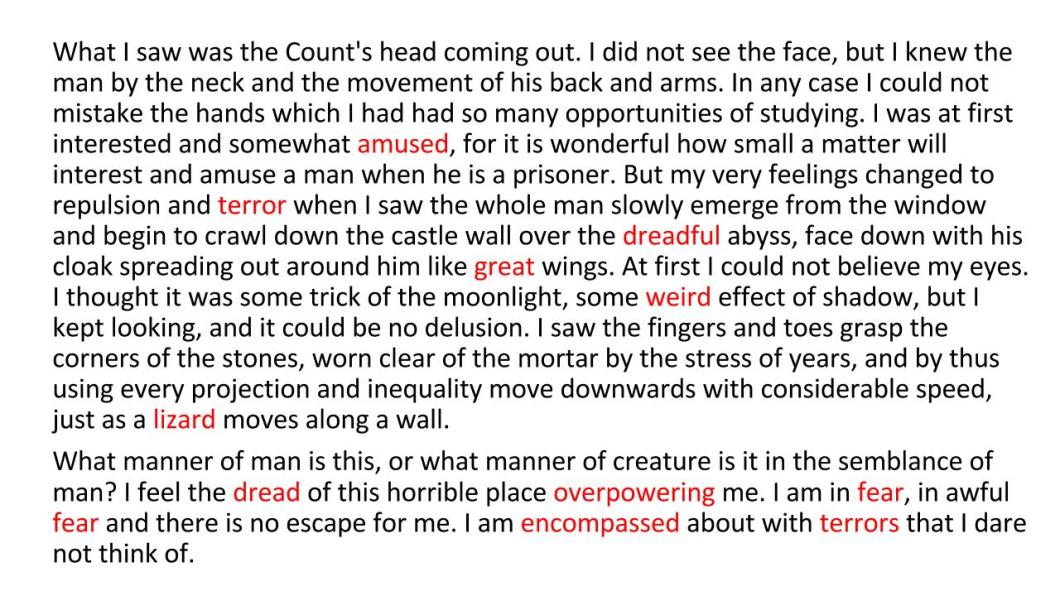 Most interesting was ‘lizard’. 20 pupils had substituted this for ‘spider’; several went for either ‘rat’ or ‘bat’, whilst one guessed correctly (although he couldn’t articulate why!). We spent some time discussing this, touching on the appropriateness of ‘spider’ (arguably a more gothic creature?), but also considering whether this might be a cliche. We also discussed why Stoker may have made the choice that he did – perhaps it was connected to Dracula’s movement, and an attempt to emphasise his foreign-ness.

The lesson’s last exercise was to turn this discussion into a short piece of writing. I gave the class the following sentence starters. Despite being very able I wanted them to work quickly, concentrating on the analysis/interpretation they would put into the gaps, rather than the text holding it all together (which I already know they are very adept at). 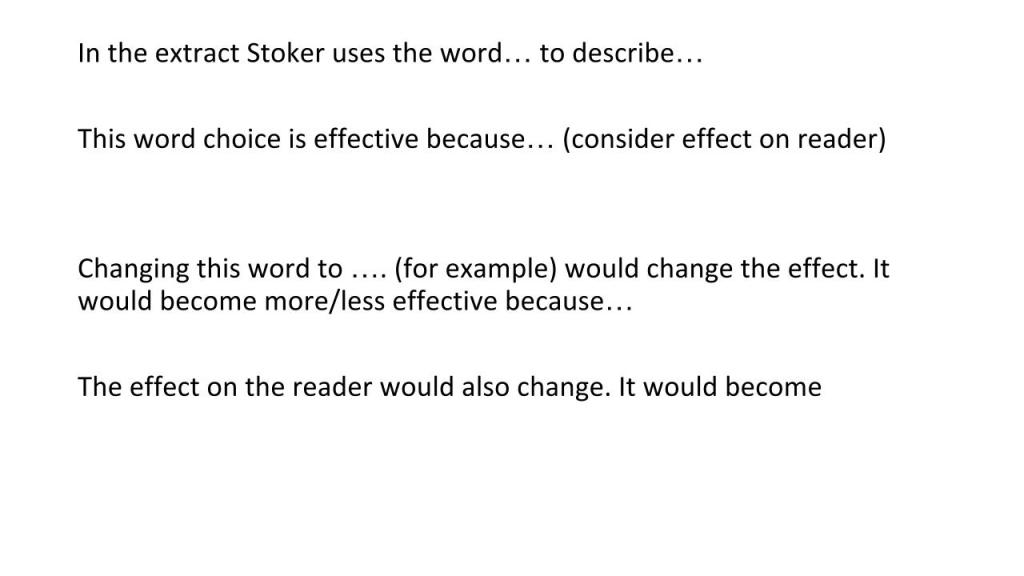 Having spent some time writing, I shared a couple of examples via the visualiser.

Et voila. Hopefully Ofsted’s loss is your gain. Happy to email slides/resources should they be useful to anyone.